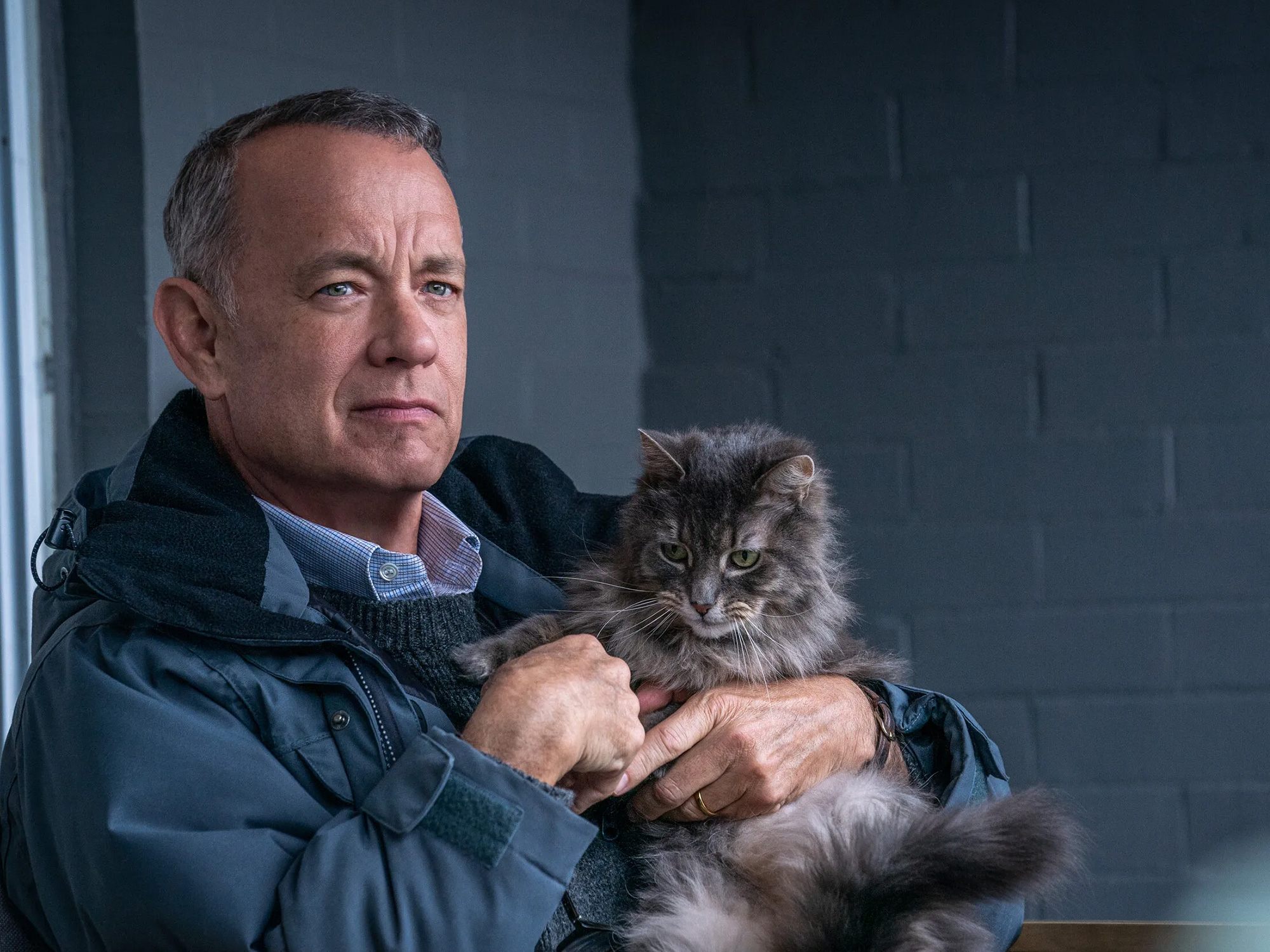 When the term “feelgood” started being used as a generic descriptor for movies, civilisation as we know it slipped a little bit further towards the abyss. A Man Called Otto is the feelgood movie based on the 2015 Swedish feelgood movie, A Man Called Ové, itself based on the feelgood bestseller, also called ‘A Man Called Ové’. It is a crass modern refit of Charles Dickens’ ‘A Christmas Carol’ in which a crotchety old duffer who yells at anyone and everyone within the radius of his little housing conurbation learns the meaning of civic empathy once more.

This conceit comes with a plum role, a role you’d expect to be filled by one of the silver screen’s most fearsome screen actors, someone with beady eyes, with a baddie typecast, or an off-screen wrap-sheet confirming bad boy bona fides. A Michael Shannon, a Joe Pesci, a Chris Cooper – there are tons of options. Instead, we have The Nicest Man in Hollywood, Tom Hanks, up there making us wonder if this officious gobshite will turn good. His casting is in itself a major spoiler.

He plays Otto Anderson, a surly, retired widower with a plan to commit suicide, seeing no further reason to live now that his wife has died and he has no professional purpose. He treats his self-annihilation as an just another boring administrative task, making sure all his affairs are wrapped up and that, when his body is found, there won’t be a lot of tidying to do. As he is attempting to hang himself from the living room ceiling, some kooky Mexican neighbours move in across the road, and seeing them foul up their parallel parking, he cannot help but push back his date with the infinite and intervene.

Slowly but surely, his cantankerous façade is broken down, and on the way we get to see the old grouch doing a bunch of things that are out of character, such as reading books to children, giving a driving lesson, bleeding the neighbour’s radiators and befriending a sad leaflet distributor who introduces himself as “transgender”. We know Otto isn’t really the bad guy here – that role goes to the real estate giants who are nefariously attempting to whisk the ageing denizens of this sleepy cul-de-sac into retirement homes so the bulldozers can duly roll in.

Truman Hanks, son of Tom, acts as his Pop’s younger self in a series of saccharine flashbacks, meaning that director Marc Forster and co don’t have to lean too heavily on digital anti-ageing technology. The few moments that those SFX are ushered in look as if the filmmakers were forced to employ antiquated software they’d forgotten to update – Hanks’ face doesn’t quite move in time with his jet-black digital hairpiece, and they’ve had to turn soft focus levels up to the point where it looks like we’ve entered into a Fleetwood Mac music promo.

The majority of Truman’s feature film credits are in the camera department, and it’s entirely within the spirit of our hero to say that he damn well should’ve stayed there. He clearly didn’t catch the acting bug from his old man, and the apple hasn’t so much fallen very far from the tree, but it’s rotten, bruised and being sniffed at by the local fauna. Hanks Sr acquits himself perfectly reasonably, but some of the material here is so contrived and thin, you wonder why a person of his stature wouldn’t have been able to get a rewrite or two into play.

It’s a hard film to despise, and it works perfectly well as a supercharged Movie of the Week for the Hallmark Channel, but the lack of attention to detail and nuance mean that much of the film comes off as maudlin fluff rather than lightly philosophical tearjerker. Having recently essayed one of modern history’s most notorious boogeymen, Col Tom Parker, Hanks has surely had his fill of meanies. Please – time to go back to the good men, and the good movies.

Slipped into cinemas as a bit of seasonal fluff.

Not a good film by any definition of the term, but it passes the time.

The material is massively beneath its star.