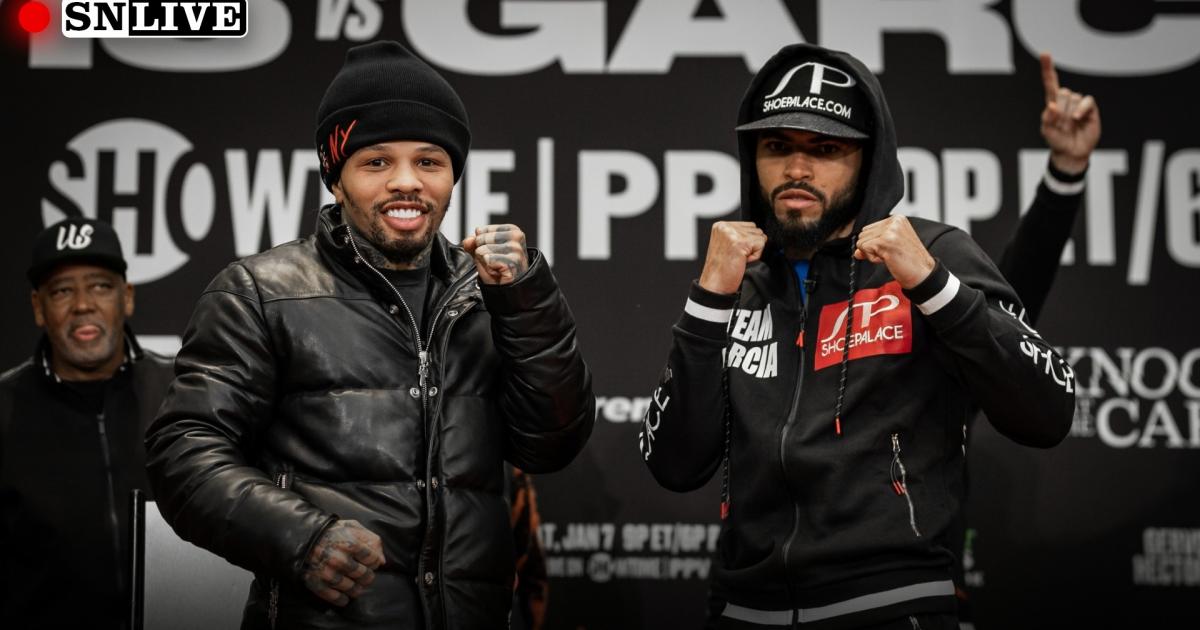 The time for talking is over. Gervonta Davis and Hector Luis Garcia are ready to speak with their fists when they face off for the WBA (Regular) lightweight title. Will Garcia score an upset inside Washington, D.C.’s Capitol One Arena, or will Davis defend his title and add another knockout to his impressive resume?

A three-division champion, Davis won the WBA (Regular) lightweight title against Yuriorkis Gamboa in 2019. Davis has since won four in a row, his last fight a TKO win against Rolando Romero in May.

There was originally some speculation that this fight could be postponed or called off after Davis was arrested for a domestic violence incident late December. Booked on one charge of Battery Causing Bodily Harm, Davis’ accuser later retracted what she stated on a 911 call, previously indicating that she was in danger. While the bout vs. Garcia continues, Davis is set to appear in court in February for his alleged involvement in a hit-and-run incident in November 2020.

MORE: Timeline of Gervonta Davis legal troubles and what it means for his boxing future

A win against Garcia may bring Davis closer to a fight against Ryan Garcia, tentatively agreed upon for April in Las Vegas. He is looking to make the most of his upcoming fight while not dismissing his opponent.

“There’s been a lot of talk from other fighters in the division. I’m putting them on notice with this fight and the Ryan fight,” David stated at the pre-fight press conference. “I can’t get to Ryan unless I get past Hector. I’m showing everyone that I’m one of the elite guys.

An underdog in the fight (Davis the -1200 favorite and Garcia the +700 underdog, per BetMGM), Garcia is ready to put on a show fans won’t forget.

MORE: How to bet Gervonta Davis vs. Hector Luis Garcia

“The bottom line for me is that I can fight at whatever distance the fight requires me to,” Garcia stated before the fight. “I can use my reach or my power. I’m going to be ready. Gervonta better watch out on Saturday night. Because he lit the competitive fire under me when he put his hands on me during the face off. The real Garcia is right here.”

The Sporting News will provide live analysis and results from Davis vs. Garcia. Check it out!

When is Gervonta Davis vs. Hector Luis Garcia?

How to watch Gervonta Davis vs. Hector Luis Garcia

You can stream on Showtime via Amazon Fire TV, Android TV, Apple TV, Roku, Xbox ONE, your laptop, and any mobile or tablet device.

Gervonta Davis vs. Hector Luis Garcia PPV price: How much does the fight cost?