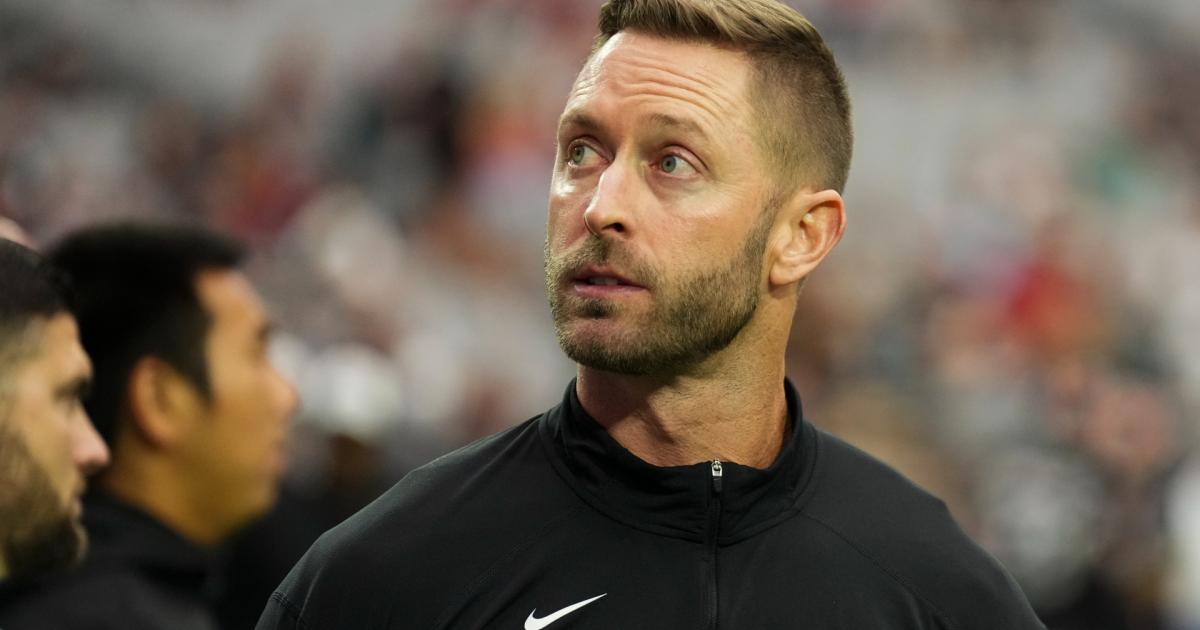 Don’t let the door hit you on the way out.

The NFL is a brutal business. No day exemplifies that more than “Black Monday,” the period immediately following the end of the regular season, when teams cut their losses, specifically underperforming head coaches.

The cull can be widespread: last year, eight teams changed coaches. Some switches have worked better than others: Joe Judge’s dismissal opened the door for Brian Daboll to take over the Giants, and he proceeded to lead New York to a playoff spot in his first year in charge.

On the other end, the Broncos replaced Vic Fangio with Nathaniel Hackett, who couldn’t even last a full season in the Mile High City before getting the boot.

This is a time of great intrigue around the league as the coaching carousel spins anew. This year’s Black Monday should be no exception: a number of coaches, including the Cardinals’ Kliff Kingsbury, are believed to be on the hot seat.

So, which coaches have been culled or could be culled, this season? The Sporting News is tracking this year’s Black Monday purge. Follow below as the drama unfolds.

At the moment, three coaches have been served their walking papers this season. Rhule was the first to lose his job, dismissed in Carolina after a 1-4 start.

Reich joined the list shortly thereafter. He was handed a pink slip with his Indianapolis team floundering.

Hackett was relieved of his duties after a 51-14 loss to the equally woeful Rams on Christmas Day, but also long after it became clear the Broncos weren’t going to make the playoffs.

NFL coaches on the hot seat

Kingsbury is the likeliest candidate to lose his job ahead of Black Monday. The 43-year old inked a five-year extension ahead of the 2022 season, with some reports saying he’s set to earn $5.5 million a year. It seems unlikely that he’ll stick around for the entirety of that deal, given the Cardinals’ struggles this year.

Arizona enters Week 18 fixed to the bottom of the NFC West at 4-12. Kyler Murray is set for a serious spell on the sideline due to a torn ACL. This seems as good a time as any for the organization to make a clean break with its fourth-year coach.

OutKick’s Armando Salguero reported that Kingsbury “will all but certainly be fired” after the Cards’ Week 18 clash with the 49ers.

The Texans haven’t made much of a mark in the AFC South, with a league-worst 2-13-1 record ahead of Sunday’s season finale. That has placed Smith firmly on the hot seat. NFL.com’s Ian Rapoport and Tom Pelissero reported over the weekend that Smith has been trying to make his case to team owner Cal McNair for a second season in Houston.

Smith entered the season in an unenviable position. Just as his predecessor, David Culley, found out, the prospect of replacing now-former quarterback Deshaun Watson after numerous sexual assault allegations was a challenge.

MOCK DRAFT: Who’s the pick for the Texans?

However, the Texans appear headed for the overall pick in a draft headlined by high-profile passers Bryce Young and C.J. Stroud. With Houston able to scoop up a new QB in a few months, perhaps it is the right time to cut the defensive-minded Smith loose.

Under Rivera, the Commanders have been largely underwhelming, yet somehow also formidable. The 2022 season was another case study, with Rivera taking Washington to the brink of a wild-card spot.

Then he changed quarterbacks. Carson Wentz had a nightmare display against Cleveland, and the Commanders saw their playoff hopes evaporate.

Rivera remains well-liked in Washington’s front office. And with rumors swirling about owner Daniel Snyder’s willingness to sell the team, it seems possible that the coach could stay on for another year and offer stability for a franchise that’s known for disarray.

That said, this Commanders team has a lot of talent on both sides of the ball. Rivera wasn’t able to get the best out of it in 2022. It remains to be see it he’ll get a chance to run in back in 2023.

The Browns’ season started with controversy and ended with underperformance. The team’s pursuit of Deshaun Watson despite dozens of sexual assault allegations caught some by surprise. Watson was noticeably rusty in his return from an 11-game suspension.

Cleveland finds itself at the bottom of the AFC North. Nick Chubb was his usual excellent self, as was Myles Garrett, but the team didn’t look like a true playoff contender, with or without Watson.

Despite the team’s failings, it appears Browns brass is moving forward with Stefanski. Cleveland.com reporter Mary Kay Cabot reported this:

The seat isn’t hot for Kevin Stefanski at all and hasn’t been. The Browns will move forward with Stefanski as their head coach, and are eager to see what he can do with an elite quarterback in Deshaun Watson.

Few teams promised more and delivered less than the Raiders in 2022. Davante Adams’ addition appeared to have given Las Vegas the No. 1 receiver it so craved. With Adams, Hunter Renfrow, Darren Waller and Josh Jacobs, it seemed as if the Silver and Black were headed for a resurgence.

That didn’t happen. Derek Carr appears destined to leave the team in the offseason. And now McDaniels finds his name in the press heading into the final week.

Vegas is expected to make a change at quarterback next year. Will it do the same on the sidelines?