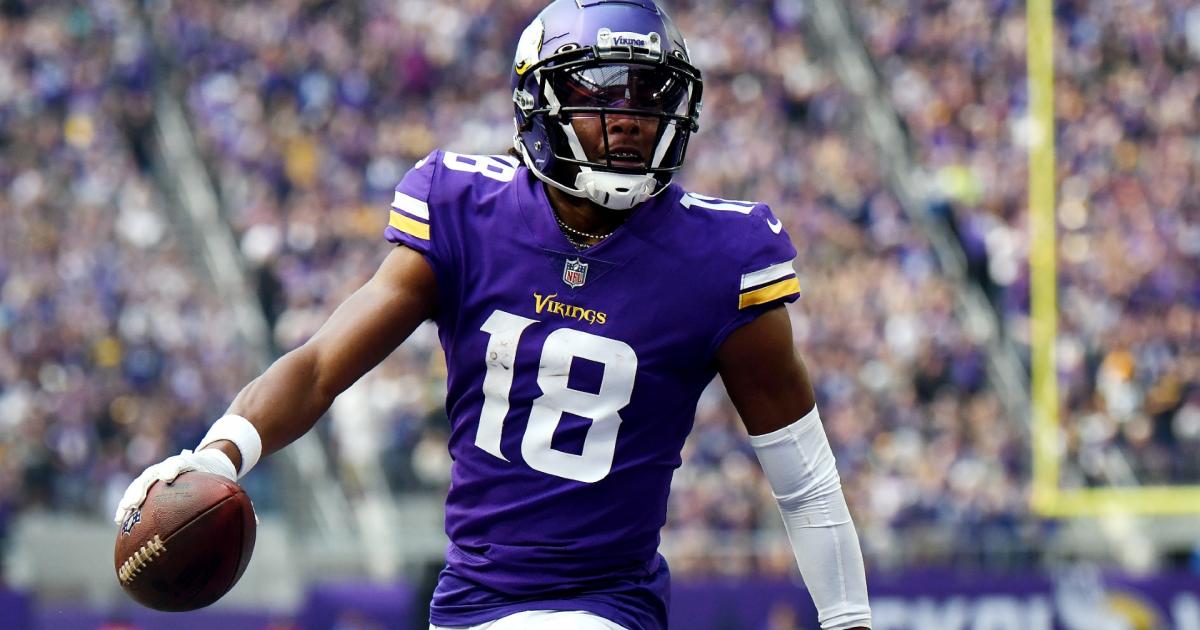 With the NFL regular season now spanning 17 games and wide receiver talent off the charts, it feels inevitable that Calvin Johnson’s single-season record for receiving yards will eventually fall.

As the season has progressed, Jefferson has continued to pile up impressive numbers and position himself as the one player who can threaten Johnson’s record. A rough Week 17 hurt his chances of catching Johnson, but Week 18 offers Jefferson a chance at redemption.

Here’s what Jefferson has to do in Week 18 to break Johnson’s record.

What is the NFL single-season receiving yards record?

Other players have come fairly close since then, with seasons of 1,800 yards by both Julio Jones and Antonio Brown plus last season’s near-miss by Kupp, but no one has broken the record or hit the 2,000-yard mark.

How good is the Bears pass defense?

The Bears allow more yards per attempt than any team in the league, with a mark of 7.2.

Teams don’t pass often against Chicago. In fact, the Bears have faced the second-fewest pass attempts in the league, which is to be expected considering the Bears are 3-13 and teams tend to build up an early lead against them.

A pass-happy Vikings team could look to throw the ball often against the Bears in Week 18 if the goal is to put Jefferson in position to break the record.

What are Justin Jefferson’s chances of breaking the record?

On the surface, Jefferson’s chances of reaching Johnson’s record are not great. He only had one catch for 15 yards in Week 17, which means a huge performance is required to finish with 1,964 or more yards.

Jefferson needs 193 yards to tie the record and 194 to break it. While he has games of 223 and 193 yards already this season, it’s not exactly a safe bet that Jefferson will approach 200 yards in a game that won’t move the Vikings up or down in the standings as long as the 49ers beat the Cardinals.

With that being said, we’ve seen teams try to put players in position for records before. At the end of the 2020 season, the Buccaneers kept Mike Evans in a meaningless game until he recorded his seventh consecutive 1,000-yars receiving season.

That same day, Derrick Henry entered 223 yards shy of a 2,000-yard rushing season but received a season-high 34 carries and reached the prestigious mark.

If the Vikings realize they can carve up the Bears’ secondary, Minnesota might try to balance preserving Jefferson’s health with giving him enough targets to make a serious run at the record.