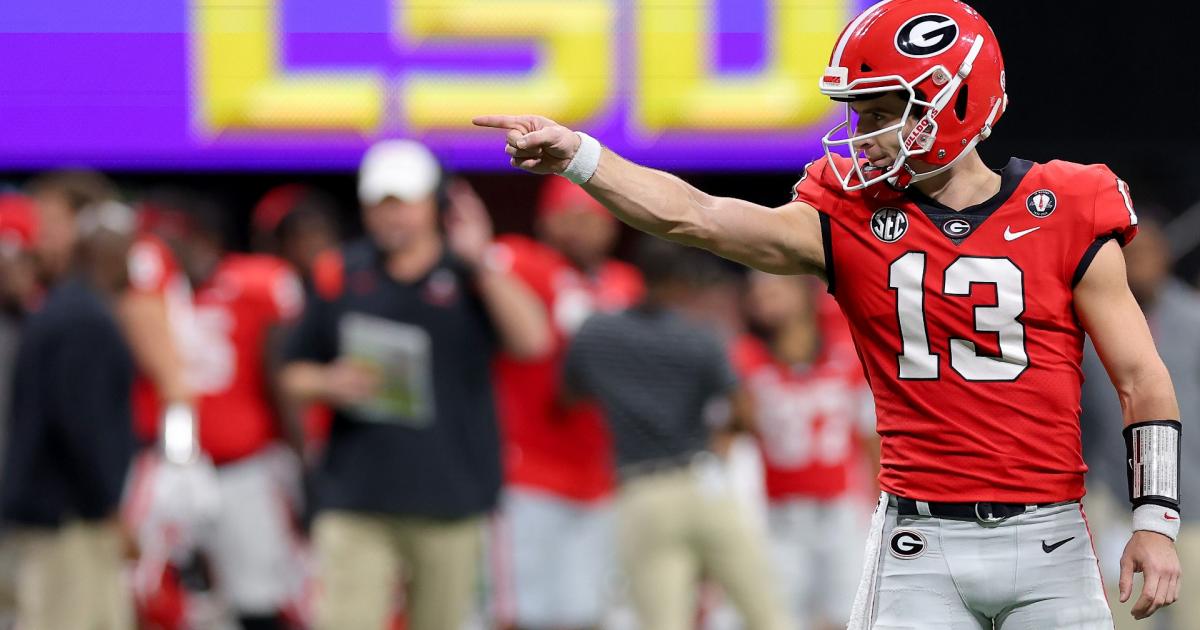 There is a long list of NFL players younger than Stetson Bennett. The Georgia quarterback is the same age as Lamar Jackson, Daniel Jones and Kyler Murray, who are all in their fourth year in the NFL. He is older than Jalen Hurts, Justin Herbert, Tua Tagovailoa and Trevor Lawrence, who have all been multi-year NFL starters.

Yet, here Bennett is, preparing for his second straight national championship appearance as No. 1 Georgia faces No. 3 TCU in Los Angeles.

How has Bennett been in college football for so long? Here’s a look at how he’s remained eligible all this time.

MORE: Why Stetson Bennett is called ‘The Mailman’

How is Stetson Bennett still playing in college?

All college football players get four seasons of eligibility to compete over a five-year span.

However, the NCAA granted all college players an additional year due to the COVID-19 pandemic in 2020. That extra year of eligibility is what has allowed Bennett to play a sixth season in college football.

Bennett walked on at Georgia in 2017 and redshirted, then transferred after the season to Jones College, a two-year school in Mississippi. He returned to Georgia for the 2019 season, when the Bulldogs offered him a scholarship.

He backed up Jake Fromm in 2019 and split starting duties in 2020 before becoming the team’s starter in 2021 after initially backing up JT Daniels before starting in the second game of the season. Bennett took over as the team’s starter against UAB after Daniels was ruled out with an oblique injury.

Bennett solidified the starting role against Vanderbilt in the fourth week of the season, and didn’t look back. He finished the year with a completion percentage of 64.5 and racked up 2,862 passing yards with 29 touchdowns and seven picks. He also rushed 56 times for 259 yards and another score.

In his final year with the Bulldogs, Bennett began the season as the starter, and has excelled in the role. He has completed 67.9 percent of his passes for 3,823 passing yards with 23 touchdowns and seven picks, while rushing 54 times for 166 yards and eight more touchdowns. He finished fourth in the Heisman Trophy voting for the season.

Bennett will have the chance to end his Georgia tenure with a second straight national championship and become the first quarterback to win two College Football Playoff titles as the starter.

There have been a number of players that have benefitted from the extra year of eligibility. Few have been able to capitalize on the sixth year the way Bennett has.