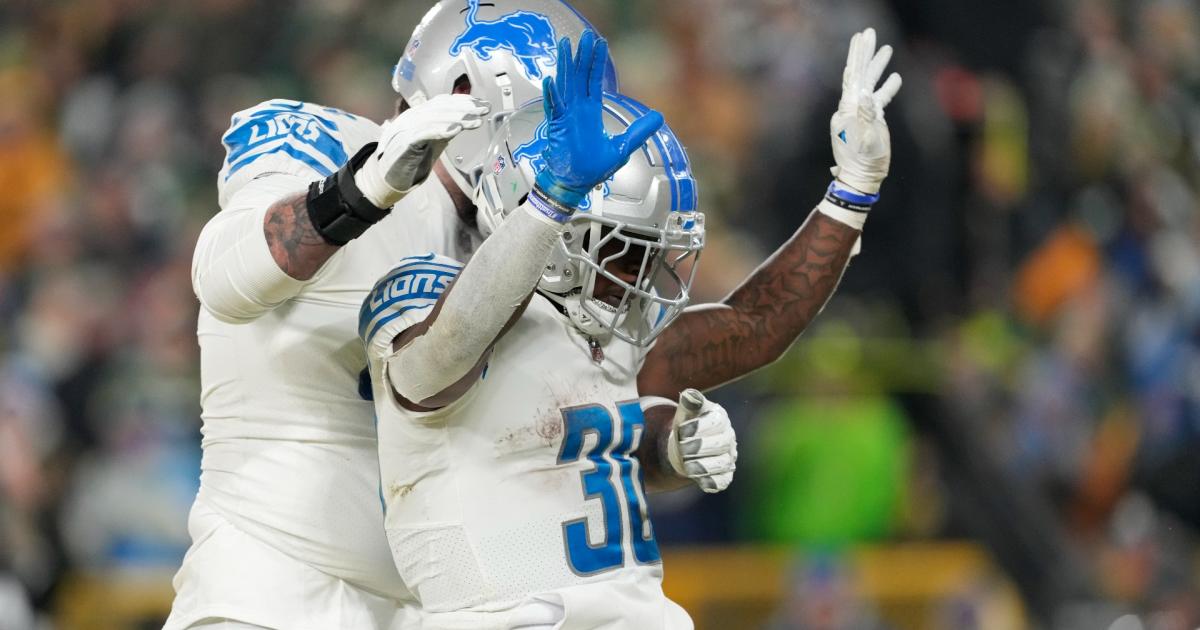 Williams set a franchise record with 17 rushing touchdowns, breaking the mark set by Barry Sanders in 1991. After the game, he said he dedicated the game ball to his great-grandfather, who died recently.

MORE: How Williams and the Lions sank the Packers at Lambeau

how do you not love Jamaal Williams pic.twitter.com/wHduIF5sxP

After that, the tenor of the interview changed dramatically. Williams turned his attention to the people who doubted the Lions heading into the “Sunday Night Football” matchup, calling attention to the fact that everyone on NBC’s “Football Night in America” pregame show picked the Packers.

The Lions pulled out all the stops to end their rivals’ playoff hopes and came away with the victory. Williams finished with 72 yards and two touchdowns on 16 carries.

Williams, who spent the first four years of his NFL career with the Packers, shared a moment at the end of the with former teammate Aaron Rodgers. The two embraced for an extended period.

Aaron Rodgers has a moment with Jamaal Williams 🔥 pic.twitter.com/5NSBXvoZrC