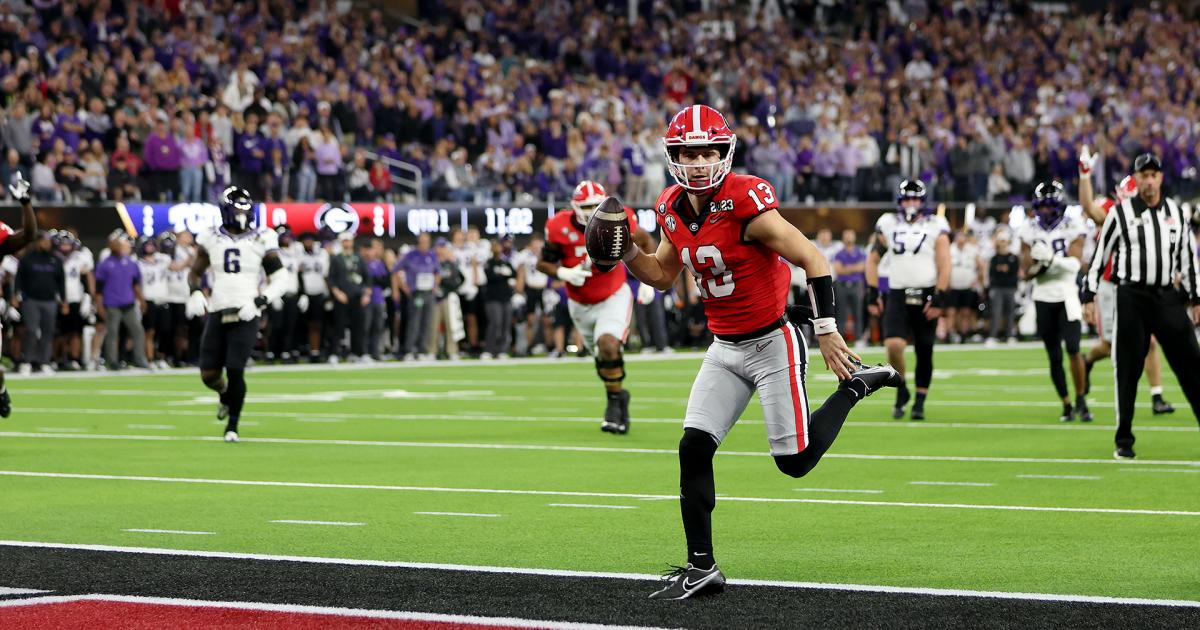 Georgia’s coronation as 2022 FBS national champion was all but assured as early as the first half of the 2023 College Football Playoff championship vs. TCU.

The top-ranked Bulldogs raced out to a record 65-7 lead over TCU in the fourth quarter Monday night, and could have scored into the 70s had coach Kirby Smart not called the dogs off, so to speak. With that, the Bulldogs have earned a historic perch in college football history.

The Bulldogs already had set two College Football Playoff records: points scored in a half (38) and biggest lead (58). The latter dates to the start of the BCS era in the 1998 season.

With their 65-7 win over the Horned Frogs, Georgia earned several records in the most dominant college football championship game in history (at least, dating back to the advent of the Bowl Coalition in 1992).

With that, The Sporting News looks at the biggest blowouts in college football championship game history.

What is the biggest blowout in college football national championship game history?

The biggest blowout in championship game history before Monday was the 1996 Fiesta Bowl between No. 1 Nebraska and No. 2 Florida. The game was part of the Bowl Alliance, the successor to the Bowl Coalition that agreed, in principle, to pit the top two teams in the country against each other.

The Cornhuskers jumped out to a 35-10 halftime lead that ballooned to a 62-24 final score — a 38-point differential.

Georgia led TCU by 31 points at halftime of the 2023 College Football Playoff title game, a lead that swelled to 58 points midway through the fourth quarter. The Bulldogs now have the record for biggest blowout in championship game history.

Georgia’s beatdown of TCU was the biggest scoring differential, ever — and it blew the previous record out of the water. Georgia’s win differential over TCU was 58 points, 20 more than the previous high of 38.

Below is a rundown of the biggest blowouts in championship game history, dating to the outset of the Bowl Coalition in 1992. Needless to say, the Bulldogs also secured the biggest blowout of the CFP era, beating the 28-point margin set by Clemson in the 2018 season and Alabama in the 2020 season.