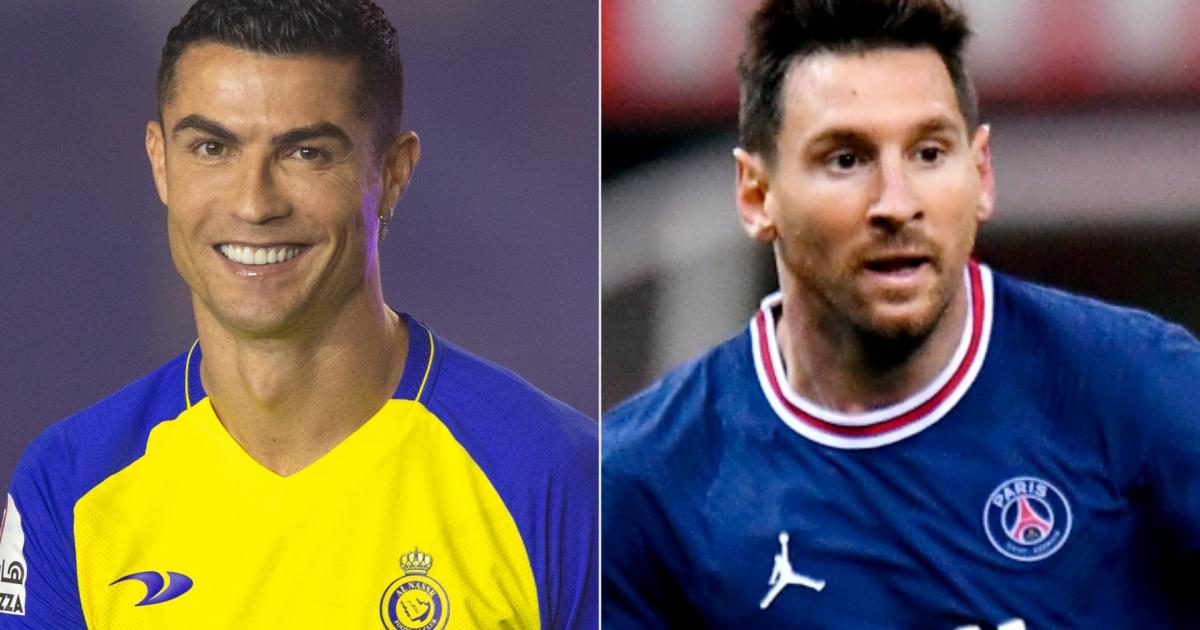 Cristiano Ronaldo’s time in Saudi Arabia is set to begin. Interestingly enough, it could start against Lionel Messi.

The Portuguese icon signed for Saudi club Al Nassr, and while his debut for the Middle Eastern side has been put off slightly as he serves a suspension, he will soon get underway for his new team.

Ronaldo penned an eye-watering contract with Al Nassr following his exit from the World Cup, and he will play in Saudi Arabia after departing Manchester United in December. Ronaldo’s exit from the Premier League side was a mutual cancellation of his contract, allowing him to sign as a free agent.

Before he begins competitive life with his new club on January 22, however, there’s a January 19 friendly to navigate with Messi and PSG on the other side of the field.

MORE: Who are Al Nassr? All about Cristiano Ronaldo’s new club

When is PSG vs Al Nassr / Al Hilal All-Stars?

French giants PSG are set to play a friendly against a combined side of Al Nassr and Al Hilal all-stars on Thursday, January 19 in Riyadh, Saudi Arabia, the French club confirmed.

A kickoff time for the match has not yet been announced. Saudi Arabia is situated in the Arabian Time Zone, which is three hours ahead of the UK and eight hours ahead of Eastern Time in North America.

According to Al Nassr head coach Rudi Garcia, speaking to French publication L’Equipe, Ronaldo will begin life in Saudi Arabia in this match, playing for the combined side.

“It (his debut) won’t be with the Al Nassr jersey. It will be a mix between Al Hilal and Al Nassr,” said Garcia, who was tabbed to manage the All-Star side.

“As the coach of Al Nassr, I cannot be happy with this match. For development, to see PSG, to see the great Parisian players, indeed it is a good thing. But we have a league game three days later.

“In terms of scheduling, it could have been better thought out. But it’s not a big deal… We are in the lead, we are happy. It is a difficult championship to win, but we intend to do it.”

It is expected that Lionel Messi will take part in this match, pitting him against longtime rival Ronaldo. However, this match will not officially be Ronaldo’s debut for his club Al Nassr, as that will come later.

How to watch PSG vs Al Nassr / Al Hilal All-Stars

The match potentially featuring Cristiano Ronaldo and Lionel Messi will be available to watch around the globe.

According to PSG’s release regarding the exhibition match, the match will be broadcast across PSG social media channels, PSG TV, and the beIN Sports network of channels across the world.

The Sporting News will provide more details as they are known, including kickoff time and specific channels in each territory.

MORE: All about the Saudi Pro League

When will Cristiano Ronaldo debut for Al Nassr?

Because this exhibition match does not count as Ronaldo’s official debut for his club Al Nassr, who sit in first place in the domestic top flight. That moment will come a few days later in Saudi Pro League play.

Ronaldo will make his official Al Nassr debut on January 22 against Ettifaq, who sit eighth in the league table.

Ronaldo had hoped to make his debut sooner, eligible to play at the start of January, but a suspension from his most recent spell in the Premier League carried over to the Saudi Pro League, meaning he was forced to sit to start his life in Saudi Arabia.

Ronaldo had been handed a two-match ban from an incident in March where he slapped a phone out of an Everton fan’s hand following defeat at Goodison Park. It is common practice for leagues to honor outstanding suspensions of players who transfer between clubs in different nations.