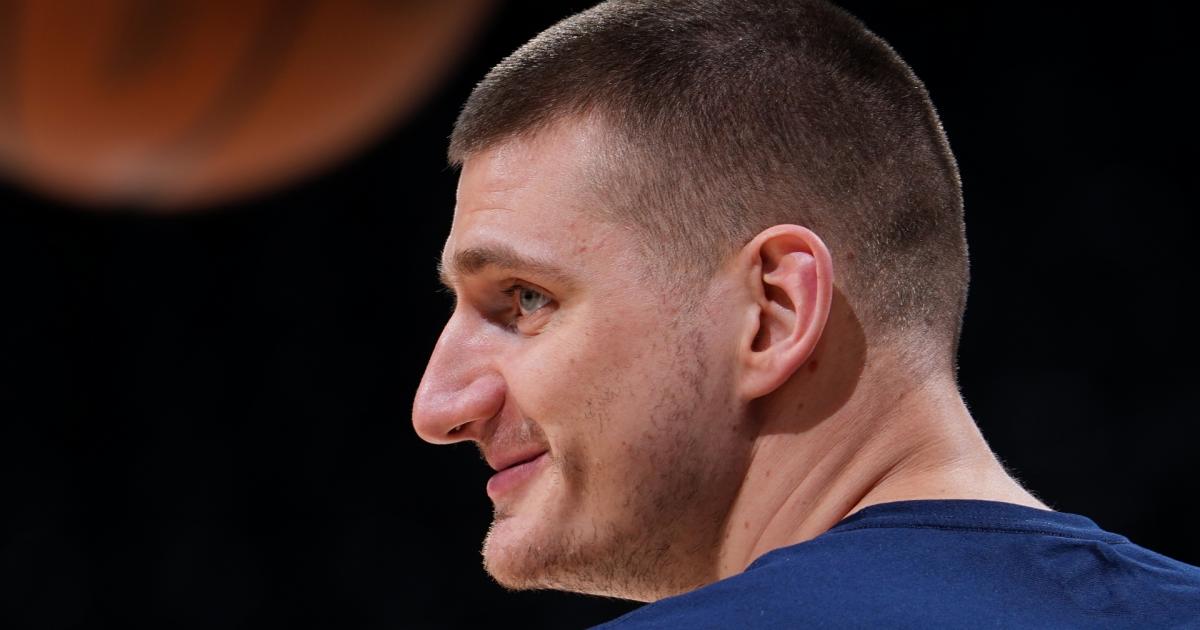 Only three players in NBA history have ever won three straight MVP awards.

Don’t be surprised if Nikola Jokic becomes the fourth.

Luka Doncic, Joel Embiid, Giannis Antetokounmpo and Kevin Durant each entered the 2022-23 season with better MVP odds, but it hasn’t taken Jokic long to join the discussion once again. Even with it shaping up to be one of the most competitive races we’ve ever seen and the inevitable voter fatigue, the Nuggets star’s case continues to stand out.

Being in the conversation is obviously different from actually winning the award, but Jokic’s path to going back-to-back-to-back is becoming clearer by the day. Here’s why.

Nikola Jokic is having another historic season

Let’s start with the basics.

Through 37 games, Jokic is averaging 25.0 points, 10.8 rebounds and 9.7 assists. His scoring is down slightly from his back-to-back MVP seasons (26.7), but he’s not taking quite as many shots with both Jamal Murray and Michael Porter Jr. back from injury. Plus, he’s having one of the most efficient scoring seasons we’ve ever seen.

That’s not even hyperbole.

Get this: Jokic is one of 308 players since 1982 to average 25 points or more in a single season. Want to know where he currently ranks in true shooting percentage, which factors in field goal percentage, 3-point percentage and free throw percentage? No. 1.

Jokic basically never misses. He’s up to 52.8 percent from midrange, 61.3 percent from floater range and 73.2 percent at the rim so far this season, all of which are among the best figures in the NBA.

In addition to his scoring, Jokic might be the best passer in the NBA right now. (He might even be the best passer of all time.) Only three players are averaging more assists than him this season — but it’s the types of passes he makes that are so impressive.

And this on a regular basis:

Jokic genuinely makes the players around him better and does so without dominating the ball. According to NBA.com, he’s leading the league in touches per game but ranks 53rd in how long he actually possesses the rock. His quick decision-making is infectious.

There’s a real chance that Jokic joins Oscar Robertson and Russell Westbrook as the only players to ever average a triple-double in a single season. If he does, best believe that would help his MVP case.

MORE: Is Nikola Jokic the best player in the NBA?

I get it, you probably don’t want to hear about Jokic’s advanced stats for the millionth time, so this will be brief.

Sounds like a lot, right? Once again, no player is posting a larger on-off differential.

Additionally, Jokic ranks either first or second to Luka Doncic in win shares, Box Plus/Minus, Value Over Replacement Player, PER and FiveThirtyEight’s RAPTOR at the midpoint of the season.

Whether you like advanced stats or not, just know that they continue to drool over Jokic and his impact.

The Nuggets are the real deal

It’s not just that Jokic is awesome again. It’s that he has the Nuggets looking like a real threat to win it all.

In Jokic’s first MVP season, the Nuggets finished third in the Western Conference with a 47-25 record. In his second MVP season, they finished sixth with a 48-34 record, a remarkable feat considering they were without their second and third-leading scorers in Murray and Porter Jr. for pretty much the entire campaign.

Following Monday’s victory over the Lakers, the Nuggets are on pace to win 55 games and find themselves in the No. 1 spot in the Western Conference standings.

Offensively, Denver is dynamite. The Celtics still have the best offensive rating in the NBA, but a lot of that has to do with their red-hot start to the season. The Nuggets aren’t far behind and could catch them sometime soon. The other end of the court is a different story — the Nuggets rank a measly 23rd in defensive efficiency. That’s the biggest knock on them currently, but they still own one of the better net ratings in the league.

The path to a third straight MVP is pretty clear: Jokic continues to post historic numbers while the Nuggets continue to rack up wins.

We knew that coming into the season, but it’s looking more and more like a real possibility.