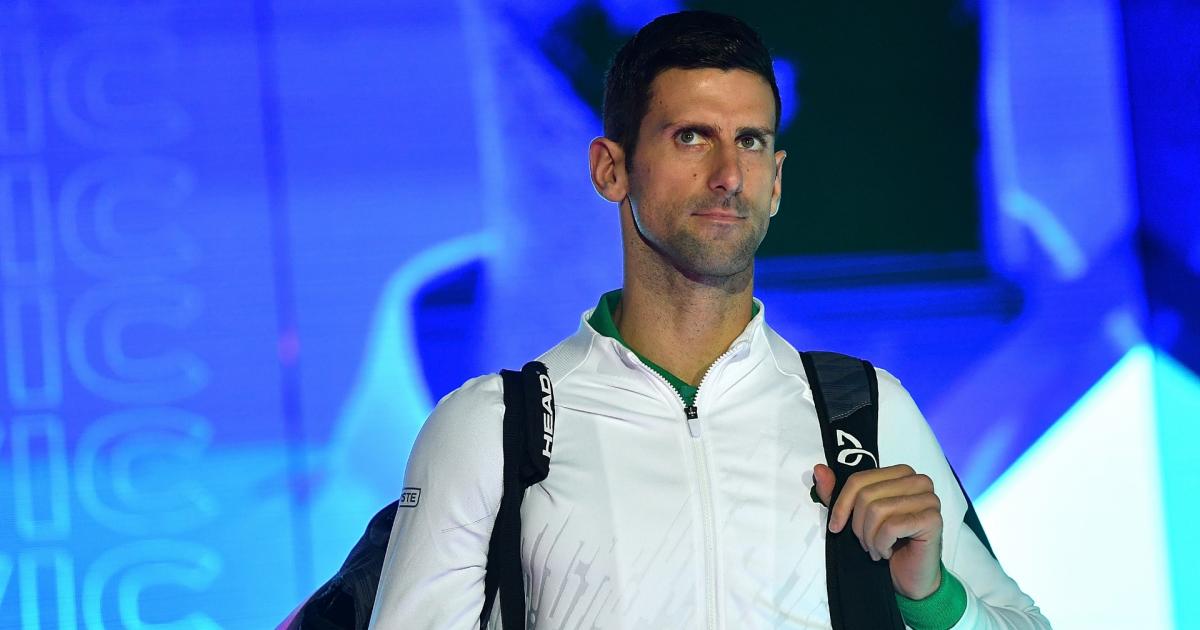 Novak Djokovic is in doubt for the Australian Open after being forced to withdraw with injury from a practice match at Melbourne Park on Wednesday.

The world No.5 quit the exhibition contest against Daniil Medvedev after one set because of an apparent left hamstring issue.

It’s the same hamstring which Djokovic had issues with in South Australia last week, where he still managed to claim the Adelaide International title in his first visit to Australia since being deported in 2021.

The injury also comes 48 hours before Djokovic is set to play Nick Kyrgios in a blockbuster exhibition match at a sold out Rod Laver Arena on Friday night.

It’s unlikely that Djokovic will risk the opportunity to win a 22nd Grand Slam to play in a practice match – if he has any injury issues.

The practice match with Medvedev was supposed to last 75 minutes, but Djokovic walked off the court after 36 minutes after losing the first set 6-4 to the Russian.

Djokovic broke Medvedev in the first game of the match but started having issues with his hamstring in the fifth game.

When is Kyrgios vs Djokovic?

MORE: Get off Nick Kyrgios’ back: Controversial star is right to focus on winning the Australian Open and a Grand Slam title

The exhibition match between Kyrgios and Djokovic will be played at 6:30pm (AEDT) on Friday, January 13 at Rod Laver Arena, Melbourne Park.

Conditions of the match will be ‘perfect practice’, which includes officials, umpires and ball kids.

How to watch Kyrgios vs Djokovic on TV or live stream?

There are no details on whether the match will be televised or live streamed.

It’s unlikely to be a full scale production will occur as the match occurs before the tournament starts.

Details will be updated once they come to hand.

Is there a ‘bromance’ between Kyrgios and Djokovic?

MORE: Is Nick Kyrgios playing in the Australian Open? Updates ahead of 2023 tennis tournament

After Kyrgios called Djokovic a ‘tool’ in 2021 following his complaints regarding lockdown hotels on the ATP tour, the relationship between the pair has been repaired, with it seeming like they are now good friends.

The improvement in relationship occurred after Kyrgios supported Djokovic’s quest to get a visa for Australian Open 2022, while it continued to flourish as the duo fought each other in the Wimbledon 2022 final.

Just prior to the recent New Year, Kyrgios used his Instagram to hint that he and Djokovic could play doubles together in the future.

“I wasn’t his favourite guy – let’s take it that way – for many years,” Djokovic said of the relationship with Kyrgios.

“But he was one of the very few that stood by me last year, and I respect that and appreciate that.

“In those moments you can actually see who truly supports you and who is by your side and who goes with the flow of the society and the pressures that media puts on you.

“He was giving undivided support in the moments where I was being challenged a lot, and him as an Australian, I respected that a lot.

“Since then, our relationship has changed for the better.”