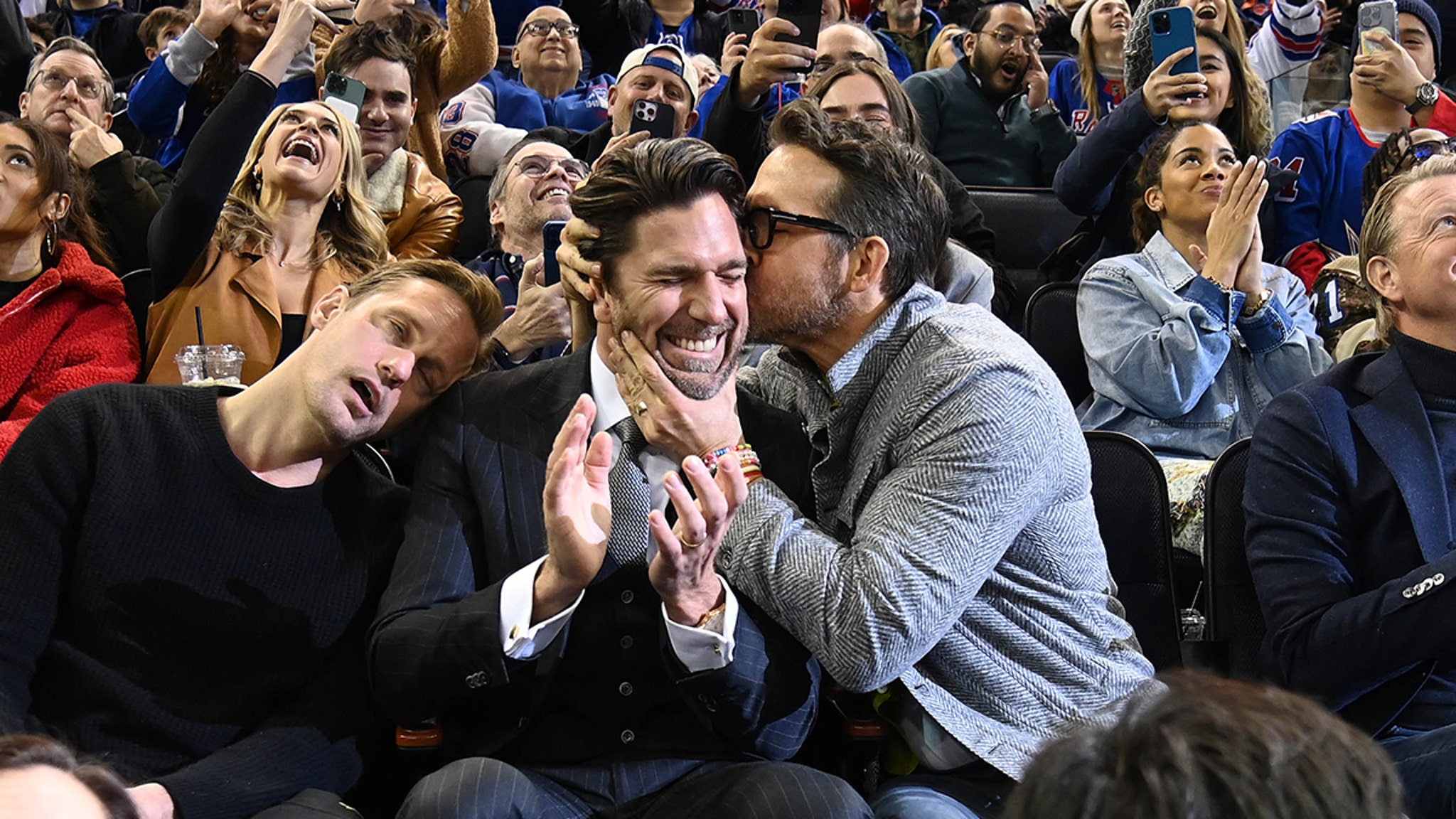 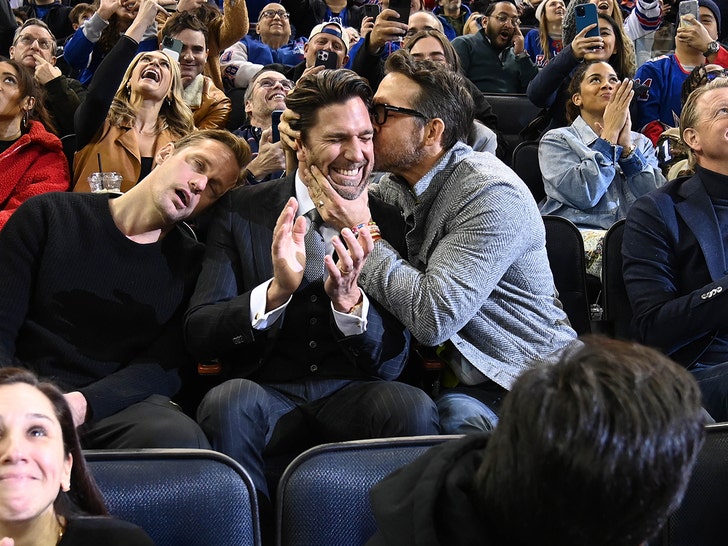 Blake Lively might be a bit jealous this morning … ’cause Ryan Reynolds was spotted kissing another hottie at the New York Rangers game — NHL legend Henrik Lundqvist!!

The “Green Lantern” star hit up Madison Square Garden as the home team took on the Minnesota Wild Tuesday night … and he was in good company, hanging with the future Hall of Famer as well as fellow actor Alexander Skarsgard.

Henrik is so popular 🤷‍♂️

As it turns out, the two thespians were in the mood to smooch … ’cause both guys planted kisses on Lundqvist’s cheek during the game — and it was all shown on the jumbotron!!

Of course, Lundqvist is an icon in the Big Apple — he played his whole career with the Rangers from 2000-2020, and had his jersey retired in January 2022. 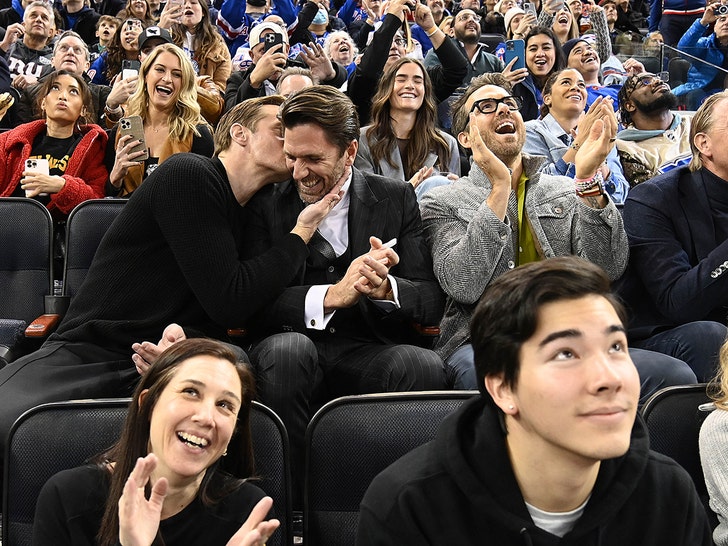 As we previously reported, Reynolds — a huge hockey fan — is gunning to buy the Ottawa Senators … and he’s been spending a lot of time at NHL games recently.

The guys saw a great game … as the Rangers pulled off the 4-3 win in a shootout.

Cancellations Come As Showtime To Become Paramount+ With Showtime in Consolidation, Rebrand
We Are Never Ever Getting Over These Secrets About Taylor Swift
Pennyworth Canceled at HBO Max
Gabrielle Union and Dwyane Wade Hype Up Zaya in Her Sequin Winter-Formal Dress
CSI: Vegas Season 2 Episode 12 Review: When the Dust Settles