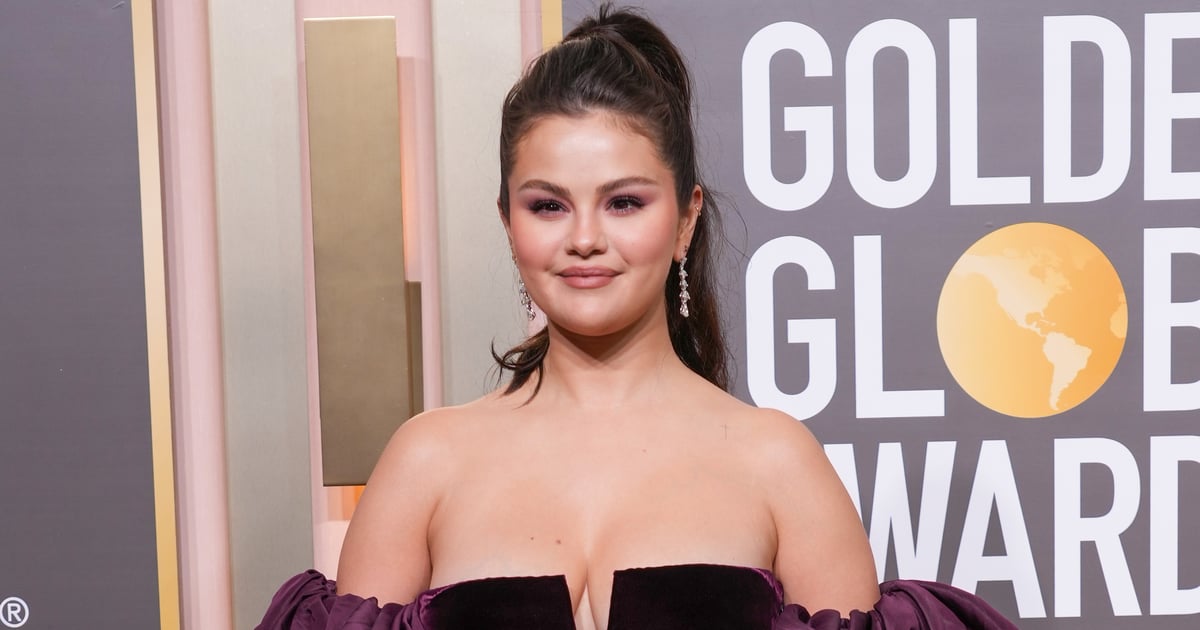 Selena Gomez went for a glamorous, wintry look at the 2023 Golden Globe Awards, arriving in a plum Valentino Haute Couture gown with poufy, silk off-the-shoulder sleeves and a plunging velvet bodice. Though dark in color, the details were striking. The bust of the design featured a rectangular-shaped splice that led into an extra layer of fabric and opened up into a leg slit. Meanwhile, Gomez’s dramatic sleeves were affixed with two long ribbons that skimmed the floor behind her.

As she posed for the cameras, she revealed a pair of black Santoni platform sandals, which felt particularly ’90s and slightly edgy in contrast to her diamond rings and drop chandelier earrings. While her longtime stylist Kate Young was responsible for the fashion, Marissa Marino swept up the “Only Murders in the Building” star’s hair into a high, messy ponytail, manicurist Tom Bachik provided Swarovski crystal nails, and she opted for rosy-tinted makeup, including blush; a matte, pink-truffle lip; and a sweeping of purple eyeshadow.

Gomez stayed true to this same color scheme most recently when she made a surprise guest appearance on “Saturday Night Live,” also in Valentino — this time, a more casual pink sweater.

On top of her acting accolades, she also recently announced she’s working on her fourth studio album, coming soon.

While Gomez flaunted casual swimwear on her New Year’s trip with Brooklyn and Nicola Peltz Beckham, she also twinned in silver metallic micro minidresses with Nicola, which came courtesy of Valentino. Coincidence or not, it certainly seems the 30-year-old multihyphenate is fond of the Milan-based house.

Ahead, see every angle of Gomez’s Valentino moment at the 80th annual Golden Globe Awards.