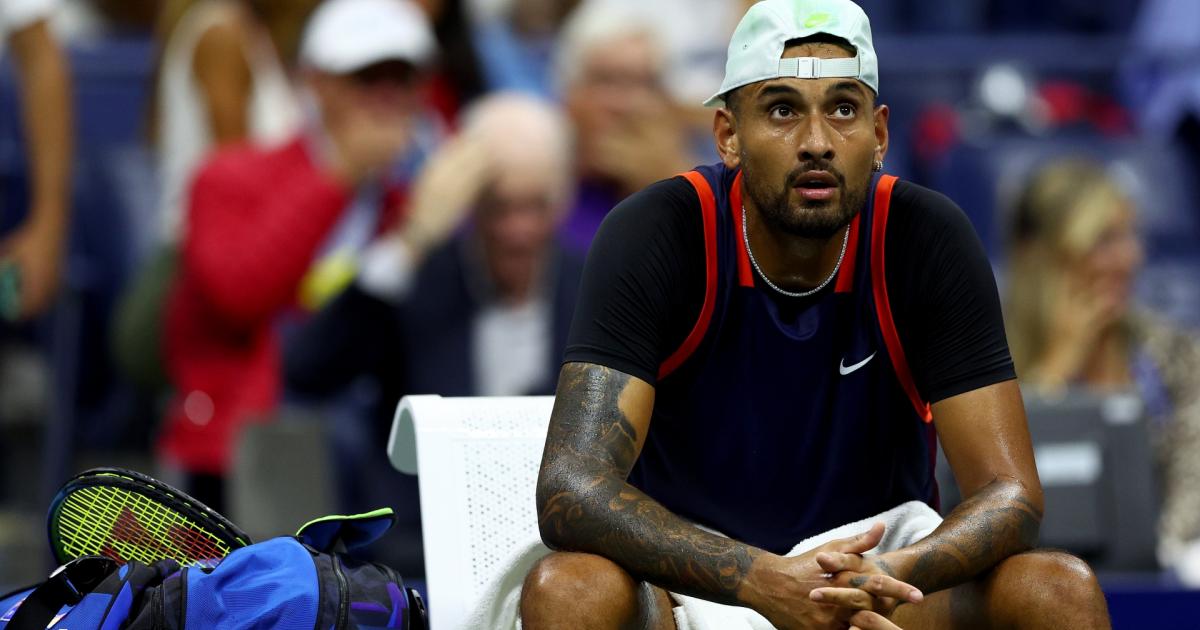 Nick Kyrgios believes his lack of warm-up matches and the added pressure won’t change his performances in the Australian Open, with the local hope one of the favourites in the men’s draw.

The 27-year-old enjoyed a breakout 2022, making the final at Wimbledon and winning the doubles at last year’s Australian Open alongside close mate Thanasi Kokkinakis.

Kyrgios withdrew from the recent United Cup, leading to plenty of criticism from the likes of Lleyton Hewitt, and will come into his home grand slam with very little preparation behind him.

But in trademark Kyrgios fashion, he isn’t fazed by his lead-up to the tournament and believes it could work in his favour.

“I have always been a player that doesn’t need too many matches,” he said.

“I played 12 to 13 events last year – felt like that was a lot of tennis. I’m always going to have to keep that in mind.

“Obviously there are players that need a lot of matches going into a grand slam – but me, I just like to feel fresh, I like to feel like I’ve got everything under control.”

Kyrgios is slated to face foe-turned-friend Novak Djokovic if he can make it through to the quarter-finals, in what would be a blockbuster rematch of last year’s Wimbledon final.

All eyes will no doubt be on Kyrgios, who alongside Alex de Minaur will be the best chance of the Aussie men, and he’s well aware of the expectations from the Aussie fans.

“I think everyone wants to get to a position in their sport or their profession, be one of the best and have that expectation and pressure,” Kyrgios said.

“It’s a privilege to go out there and feel that Australia wants me to win and to be one of the favourites…it’s a good feeling.

“I walked in here at the Australian Open maybe eight, nine years ago as a wild card. Now to see how my career has unfolded, to get to a point where everyone kind of expects me to win and go far, it’s a good feeling.

“But there’s a lot of stress, as well. I see it everywhere, on social media, everyone talking about it. How are you feeling about Australian Open? You’re one of the favourites. It’s hard to kind of just focus on what I need to do.

“There’s so many capable people here. There’s always talk about me being a favourite, big expectations. I’m just trying to take it a day at a time.

“There’s so many people here that can cause damage. I’m just doing everything right at the moment.”

Kyrgios will take on Roman Safiullin in the first round on Tuesday night.

Why Geno Smith’s NFL Comeback Player of the Year season shouldn’t have been so surprising
FIFA Club World Cup 2023 fixtures schedule, teams and format as next champion is crowned in Morocco
Kim Kardashian’s Viral Sports Jersey Is Now a Piece of Fashion History
Is Zion Williamson playing tonight? TV channel, live stream, start time for Pelicans vs. Nuggets
The Blacklist to End With Season 10