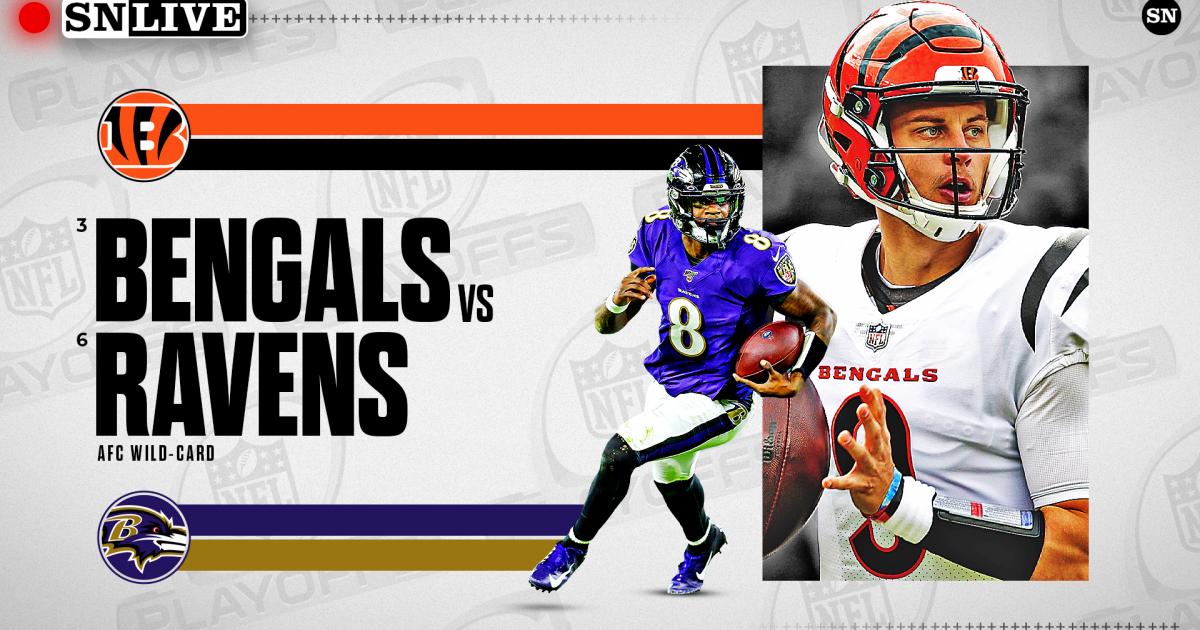 Will this be the start of another deep playoff run by the Bengals?

Cincinnati finished the 2022 season on an eight-game winning streak and hasn’t lost since October. Between Joe Burrow, an outstanding collection of weapons and a quietly powerful defense, the Bengals are well-positioned to compete for another AFC championship.

The Ravens would like to stop them in their tracks.

Baltimore split the season series with Cincinnati and took the battle for the AFC North crown into January, but John Harbaugh’s team enters Sunday night’s matchup as a decisive underdog. QB Lamar Jackson (knee) will not play, leaving Tyler Huntley or Anthony Brown to keep up with one of the NFL’s budding stars in Burrow.

The Ravens’ defense has performed well against the Bengals this season, holding Cincinnati to 17 points in October and shutting down Joe Mixon in Week 18. The unit has looked better since adding Roquan Smith in midseason, so it could keep this game closer than many expect.

The Bengals have experienced quite a turnaround in the past year. They entered last season’s playoffs looking for their first postseason win in 31; now, they go into this game with expectations of a comfortable victory.

The Sporting News is tracking live scoring updates and highlights as the Bengals host the Ravens in the wild-card round on Sunday. Follow along for all of the key moments.

8:20 p.m. — The Bengals have a little bit of an offensive breakthrough with a catch up the middle by Tyler Boyd. Cincinnati is just past midfield.

8:18 p.m. — Third-down back Samaje Perine muscles forward for an early Bengals first down.

8:17 p.m. — The Bengals start with the ball and will look to make an early statement against a defense they’ve had mixed results against.

8:10 p.m. — Tyler Huntley is IN tonight. He gets the start for the Ravens after missing Week 18 with shoulder and wrist injuries.

7:38 p.m. — Tee Higgins and Ja’Marr Chase dressed up for the occasion.

7:17 p.m. — It’s about 34 degrees right now in Cincinnati, with very light winds. Cold, but not frigid for two teams that are used to the cold.

7:10 p.m. — If the Ravens win, they’ll advance to face the Chiefs in Kansas City. Based on what we’ve heard this week, Lamar Jackson doesn’t look likely to be ready by next weekend.

7:08 p.m. — The Bengals would face the Bills next weekend with a win tonight. That would be the blockbuster game of the divisional round, even if there wasn’t the storyline of it being a rematch of the game that was cancelled three weeks earlier.

6:48 p.m. — The Bengals enter as pretty heavy favorites with Lamar Jackson out for Baltimore, but could the Dolphins’ near-miss in Buffalo earlier today inspire the Ravens? Cincinnati can’t overlook this game.

6:44 p.m. — The tight ends are, as usual, going to be critical to the Ravens’ chances tonight. Isaiah Likely has emerged as a legitimate weapon alongside Mark Andrews.

The wild-card playoff matchup between the Ravens and Bengals will kick off at 8:15 p.m. ET from Paycor Stadium in Cincinnati.

What channel is Ravens vs. Bengals on today?

Ravens vs. Bengals will be broadcast nationally on NBC, with Mike Tirico (play-by-play), Cris Collinsworth (color analyst), and Melissa Stark (sideline reporter) on the call from Cincinnati.

In Canada, the game will air on TSN4/CTV.